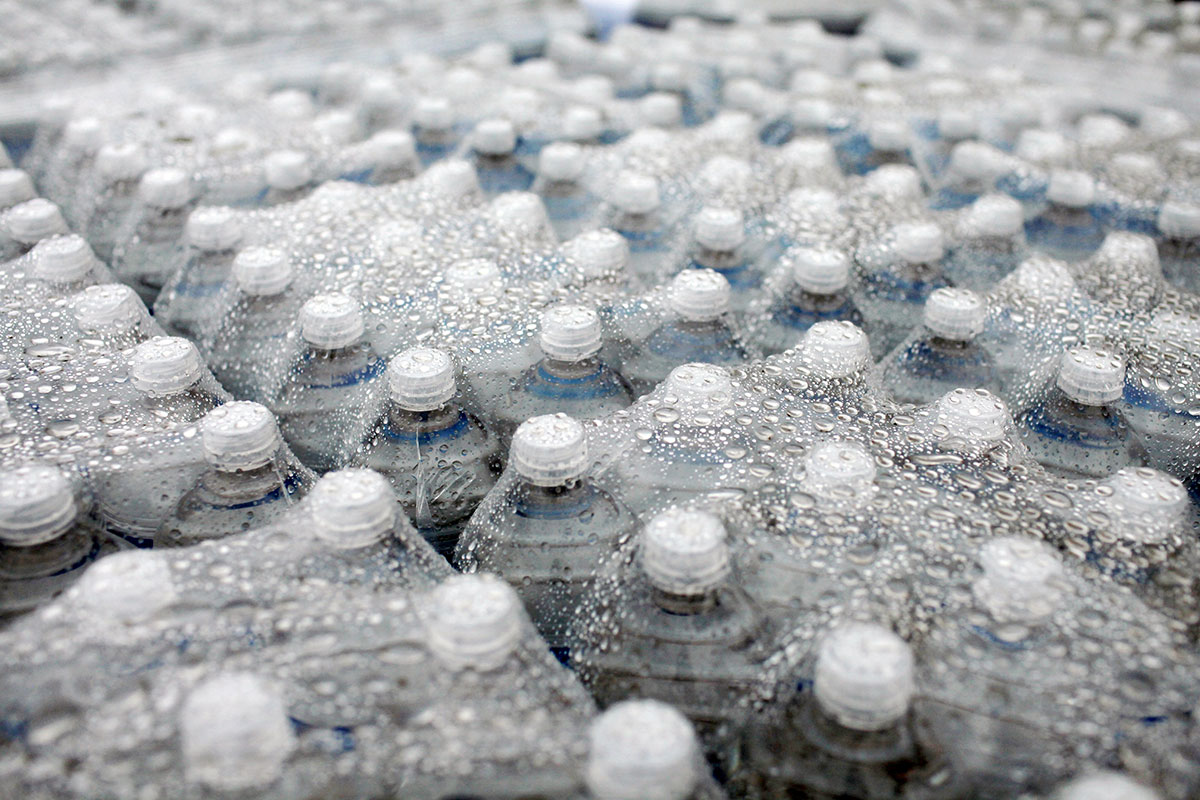 Clean drinking water is often taken for granted and supply to residents of the Mid-Ohio Valley comes in the form of public water systems, private wells or bottled water. Regardless of the source, the Environment Protection Agency recommends that consumers know where their drinking water comes from and how it’s been treated. Photo by Joel Prince

Except for some unincorporated areas, Athens County runs on city or rural water district water. The water feeding Athens comes from an aquifer beneath the city's west side. The water is pulled from three main areas stretching from the fields beside O'Bleness Memorial Hospital to the north side of the city's bikeway; there are 17 individual wells. The only evidence of the 30-to-50 foot deep holes leading to the aquifer are the wellheads: large cylindrical structures with motors on top.

After the water is drawn from below, Stone explained, it either flows or is forced - by gravity or motors - at an average pressure of 20 pounds per square inch to the water treatment facility, which is located at 395 West State Street.

Once it reaches the location, the water is aerated, filtered and softened. Water softening removes natural minerals such as magnesium, calcium and iron that lightly stain dishes and faucets and generally make water more difficult to use in a household, Stone added. At the the end of that process pumps in the treatment plant add chlorine for disinfecting, caustic soda to keep pipes clean, and fluoride, a chemical used for dental hygiene, and the processed water travels to reservoirs and water towers scattered throughout the city.

In the summer, wastewater must be chlorinated in order to treat bacteria such as E. coli that grow faster in warmer climates but do not need to be treated in the winter.

Once it's been used, water is moved to the sewage treatment plant, where it is screened and partitioned into effluent - that is, water that will be cleaned and put back into the Hocking River - and sludge, or water that is about 8 percent solid, contaminated and with sand, grit, human waste and industrial metals and other residues. 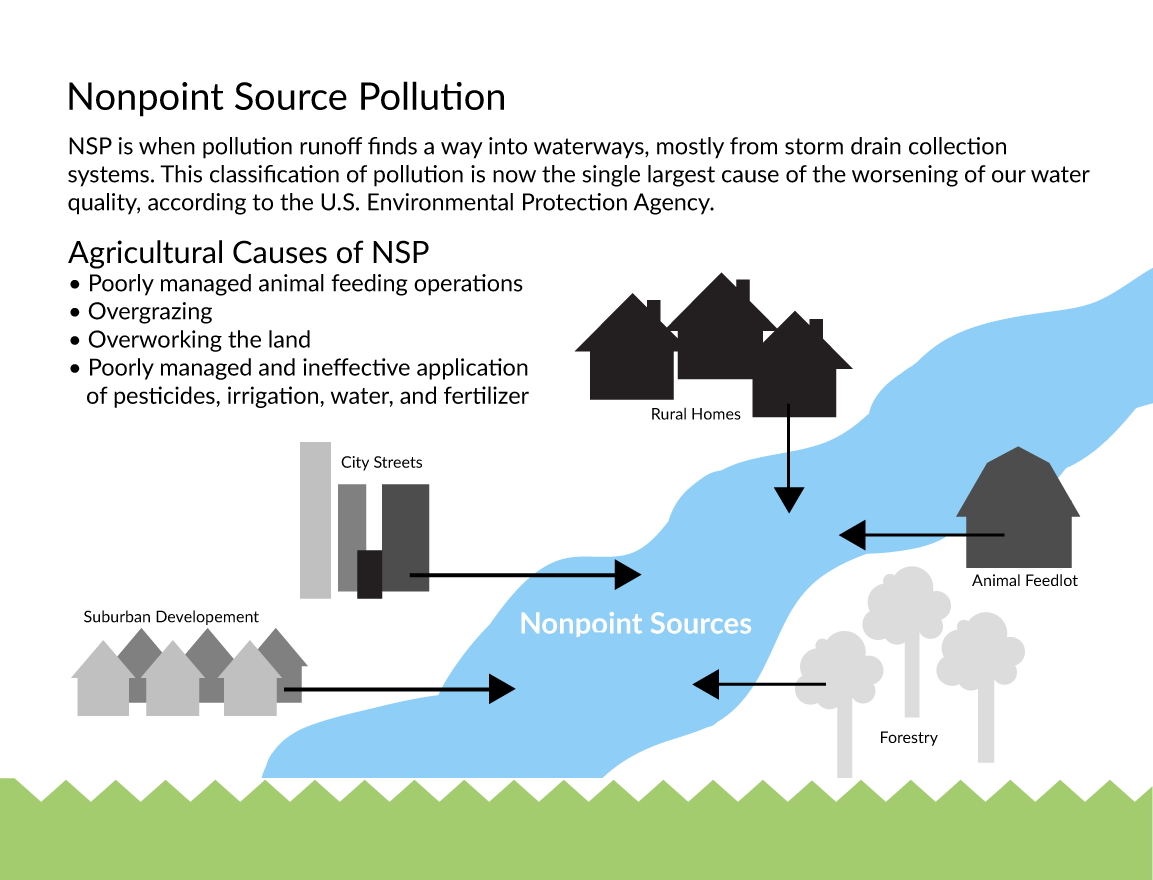 Stone said blowers put oxygen into the water and sludge, which removes the biochemical oxygen demand, or BOD from it “If we were to just take and put the sewage directly into the river, it would kill the river [and] kill the aquatic life, because it’d just suck all the oxygen out of it,” he said.

In the summer, wastewater must be chlorinated in order to treat bacteria such as E. coli that grow faster in warmer climates but do not need to be treated in the winter. "The river's full of it anyway," Stone Said. “You wouldn’t just take a cup into the river. You’ve got the animal waste that goes in there, and (the animals) drink out of the river.”

Athens’ drinking water plant treats about 3.4 million gallons a day, said Michael Cooper, a registered sanitarian for the Athens City-County Health Department, who tests the water in private water wells for safe human consumption. Athens has a large enough population to warrant a city water system, but those living in much of the surrounding rural area do not have access to public systems. An alternative to pulling water from springs, streams and creeks — as is common in Buchtel and other villages such as Murray City — is the private water well.

Private water systems, as water wells are called officially, are created and maintained by individual users. While they must be registered with the state, Cooper said individual users are responsible for their own testing, and they are not billed for the volume of water they use.

Athens Township holds 603 wells, which constitutes about 24 percent of Athens County’s 2,538 wells pulling water from below the earth, according to the Water Well Report Log, maintained by the Division of Soil and Water Resources under the Ohio Department of Natural Resources.

Engineering and Public Works diligently tests the city public water systems, but checking the contaminant levels of private water systems is left in the hands of their owners. While the Ohio Revised Code requires private well users to register their systems, it puts responsibility and frequency for testing wells on city code.

“ That water not only becomes a swampy breeding ground for mosquitos but also damages the soil and contaminates any groundwater or wells in the area. ”

For a private water user, the largest concern is bacteriological contamination, which can be a problem when users have a well and a septic system on site, Cooper said. A septic tank is not a problem when it’s frequently pumped, about every one to four years depending on the size of the tank and how much solid waste goes into it. But if water overflows from the tank, standing water will surface in the property owner's yard. "That water not only becomes a swampy breeding ground for mosquitos but also damages the soil and contaminates any groundwater or wells in the area," said Michele Morrone, a professor of social and public health at Ohio University who also uses a private water well.

Most of the time, groundwater is cleaner than surface water, as it is filtered through layers and layers of soil, sand, and rock formations. At home, Morrone uses water from her own personal well, running it through a filter to remove some of the minerals before she drinks it. She said she trusts the cleanliness of her well water more than surface water, and she has never had it tested. Well-testing starts at $30, but users have to test for multiple contaminants, and each type of contaminant — bacterial, chemical, radioactive and others — has an additional cost.

"If you get your own private well tested, and you find a problem, you then are responsible for that, and you may need to drill a whole new well,” Morrone said. “You may need to — God forbid — do something even more radical, like abandon your house, if there’s a huge problem.”

City drinking water lines don't require that type of diligence on the part of the individual user. The city tests them several times a day, and they test for a variety of contaminants. Results are listed yearly on a Consumer Confidence Report made available to everyone who uses public water in the city of Athens, Stone said.

If something were to contaminate the entire Wellhead Protection Area to the extent of the West Virginia chemical spill, Cooper added, there would not be many options to supply Athens with water. “If there’s anything we lose sleep over, it’s that.” Because Athens does not have a lot of industrial plants, especially not within the Wellhead Protection Area, the most likely potential source of a chemical spill would be derailment of a chemical car, said Cooper.

“It’s most important that [people] can understand how susceptible to contamination [aquifer water] is, and how fragile a resource it is.”

Compared to counties with low water tables, Athens is lucky to be able to supply its people with groundwater for drinking, Stone said, and the city recently recognized that need in creation of by creating the Wellhead Protection Ordinance.

Stone noted that water left untreated and later used for drinking can kill a person. Almost constant access to clean water and the ability to fund water treatment is not found in most of the world, he noted. "We know how important [water] is, but I think people tend to take it for granted here in the United States because it’s just always there." 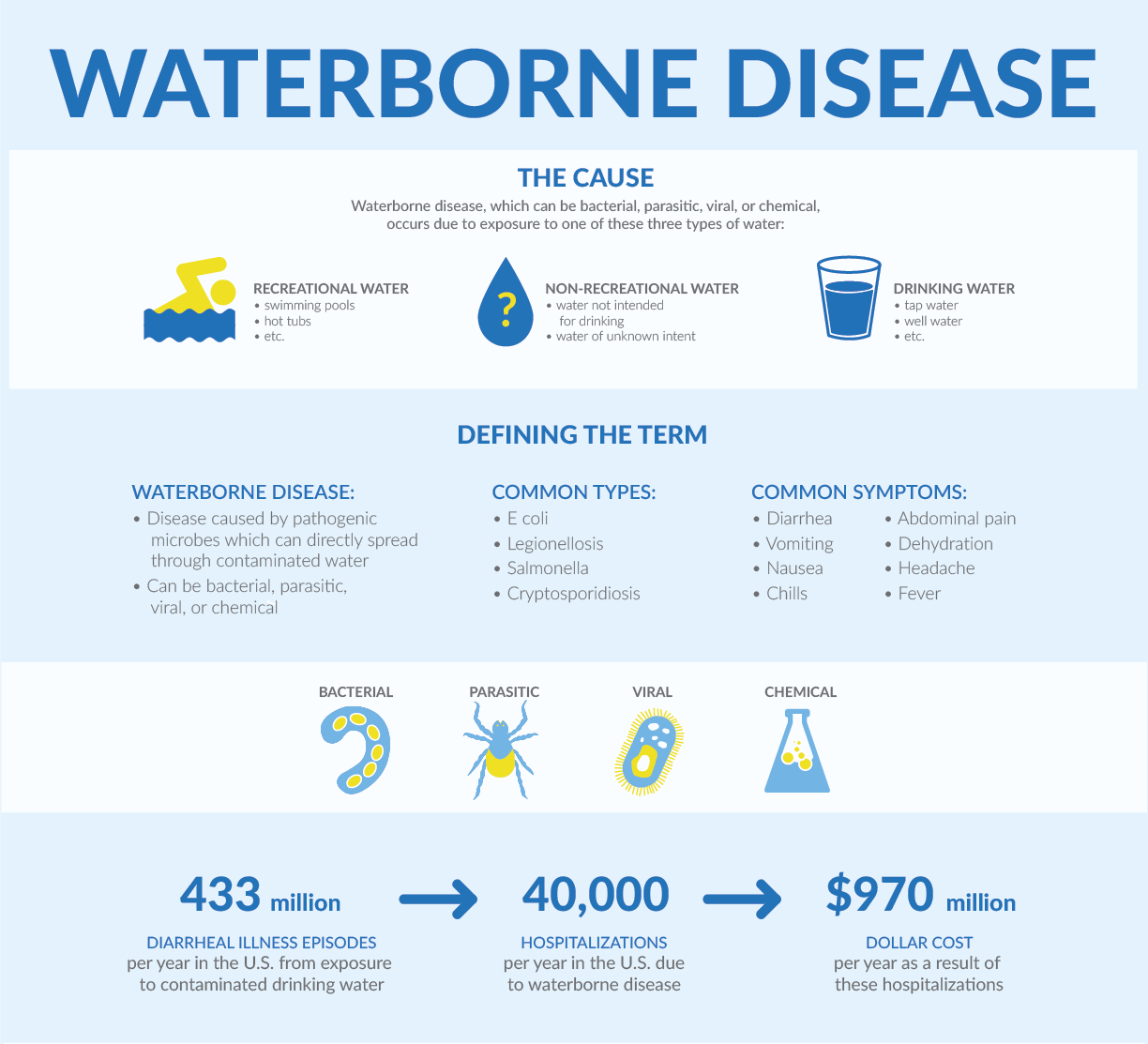 “What would Life Be Like Without Water?” Presented By: kNOwMORE Nonprofits Television

A virtual tour of a drinking water plant