THE OHIO RIVER is the carotid artery of the Ohio River Valley’s watersheds. Almost every stream flows into a creek that is a tributary of a river that eventually deposits into the Ohio River.

A watershed, as defined by the United States Environmental Protection Agency, is an area of land where all of the water that drains from it goes to the same place. Basically, every stream, brook, creek or river is part of a watershed and is fed by the land surrounding it. Watersheds are all intricately linked, by flowing into one another and by the environment feeding into them.

Let’s say you live in a house at the top of a hill. You have a small garden in the back yard, and at a tiny stream runs at the bottom of your hill. Every time it rains and every time you water your garden, water will flow down the hill into that tiny stream. When the water reaches your stream, it will continue to flow downhill based on the land’s topography. Your tiny stream eventually meets another stream, called a confluence. The merging of the streams becomes a wider, fuller-flowing creek. 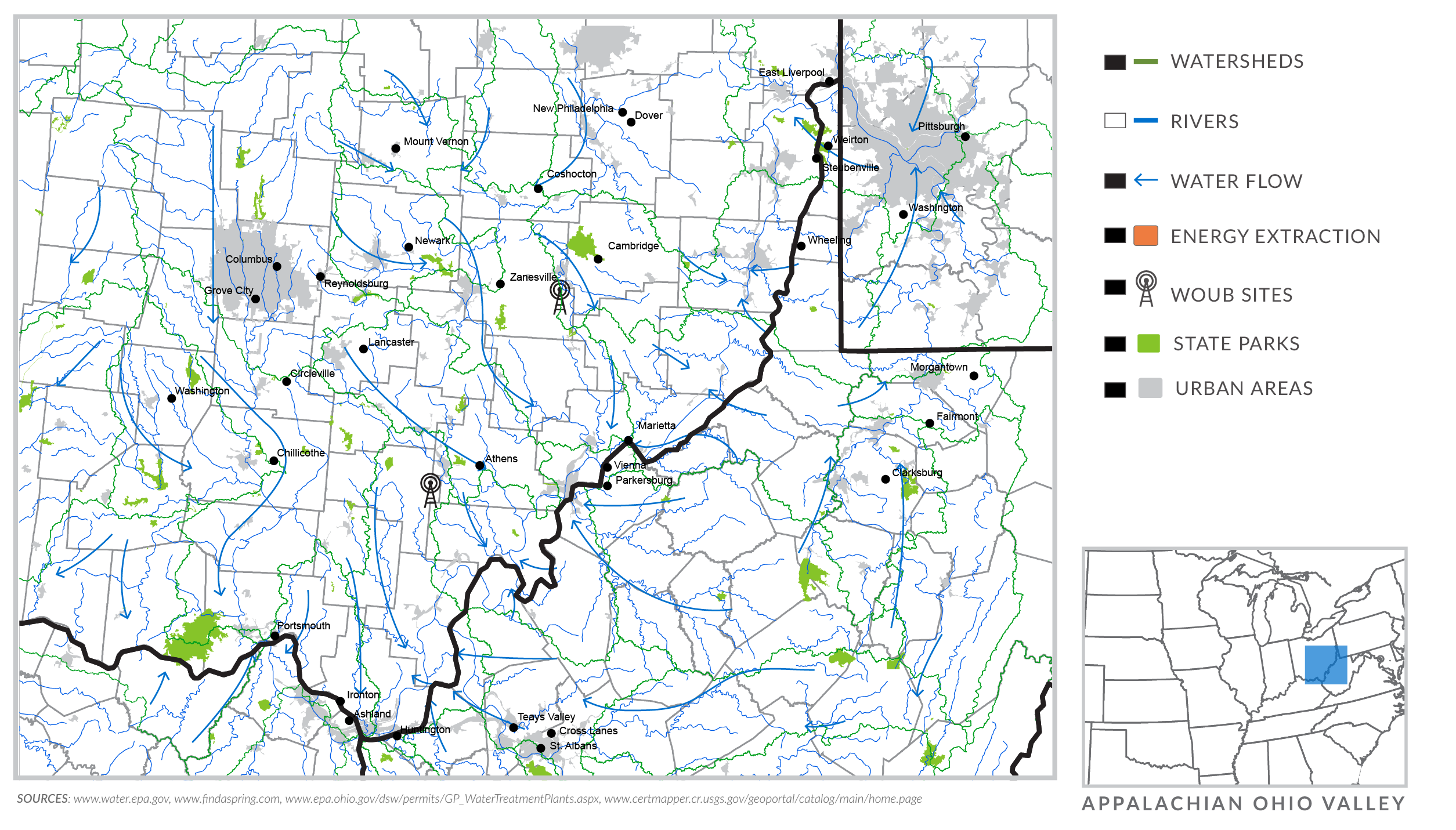 Continuing its descent, the creek joins with other tributaries. With each new merger, the land surrounding the new path drains its water into the larger currents. Eventually, the original creek flows into a river — the lowest point in the large watershed — ultimately depositing into an ocean.

Your tiny unnamed stream is a watershed in itself, but is also part of the larger watersheds it flows into along its winding path.

The federal EPA says that only three percent of the Earth’s water is fresh, the majority of which is frozen in glaciers or trapped underground. Only .03 percent of the planet’s freshwater flows in rivers, lakes and other land-locked surface water bodies. The remaining 97 percent of water on the planet is salt water, most commonly found in oceans.

The intricacy of our rivers, streams and lakes makes the strain we put on that water even more significant. How land interacts with surrounding water bodies is just as important to keeping the water clean itself.

Ohio University’s Voinovich School of Leadership and Public Affairs has collected data that identifies the main causes of water pollution in the region. Fertilizers and pesticides, erosion and sedimentation, livestock waste and acid mine drainage are all major causes of pollution in the area. The toxins from fertilizers and pesticides, when carried by runoff into streams, can have serious health effects when consumed in drinking water at elevated levels and can also have a significant effect on the life in and around the water.

Erosion and sedimentation are the most common form of water pollution in the region. Sediment from agricultural lands, timberlands, mining and construction can become suspended in water, rather than settle, and have a significant impact on water life. When sediment is suspended in water, it can cause turbidity, which keeps light from passing through the water, which has smothering effects on stream life.

Livestock waste is another source of water contamination in southeast Ohio.

Livestock waste is another source of water contamination in southeast Ohio. Their waste turns into inorganic phosphates and nitrates that accelerate plant growth. These chemicals can have a serious impact on the biodiversity of a water body, to the point of plants choking out other forms of life.

Throughout the region, acid mine drainage from abandoned coal mines has tinted many streams and rivers a rusty orange-yellow color, known as “yellow-boy” to residents of abandoned coal mining towns. That type of pollution is a result of a chemical reaction with oxygen and sulfate compounds and can wipe out all life in a water body. Acid mine drainage, or AMD, is linked to the region’s past and present relationship with extractive industries and has become a uniting force for locals to clean up their watersheds.

Rising to the Surface

The connection human beings share with water is symbiotic. What we put into water eventually makes its way back to us. The different ways water is involved in our lives are almost inconceivable.

Discovering the different ways water intersects with our lives is the first step in understanding the past, present and future of a region.