As the Sun Rises over the Ohio River, watchman Ben Morrow and deckhand Nathan Mohler tighten cables from barge to barge. The two work quickly as Morrow radios back and forth with captain Dale Wallace in the pilothouse. Wallace overlooks his three-wide and five-long barge tow as he directs the minor but very detailed movements, carefully maneuvering each 195-foot coal barge into place as they “build their tow.” Like most days for the crew, it’s just another standard barge drop-off at one of the 26 major coal-based electricity-generating power plants in Ohio.

Though Ohio ranks 4th in coal consumption nationally, approximately 90 percent of Ohio electricity is generated by coal, compared with the national average of 50 percent and the worldwide average of 40 percent.

Coal has a rich history on the Ohio River. More than 230 million tons of cargo is transported on the river each year. Coal and other energy products account for nearly 70 percent of what travels via barge. According to the U.S. Energy Information Administration, at the end of 2012 West Virginia had 264 active mines and Ohio had 39. Ohio currently ranks 13th in coal production, with mining operations in 14 counties across the state. Though Ohio ranks 4th in coal consumption nationally, approximately 90 percent of Ohio electricity is generated by coal, compared with the national average of 50 percent and the worldwide average of 40 percent. 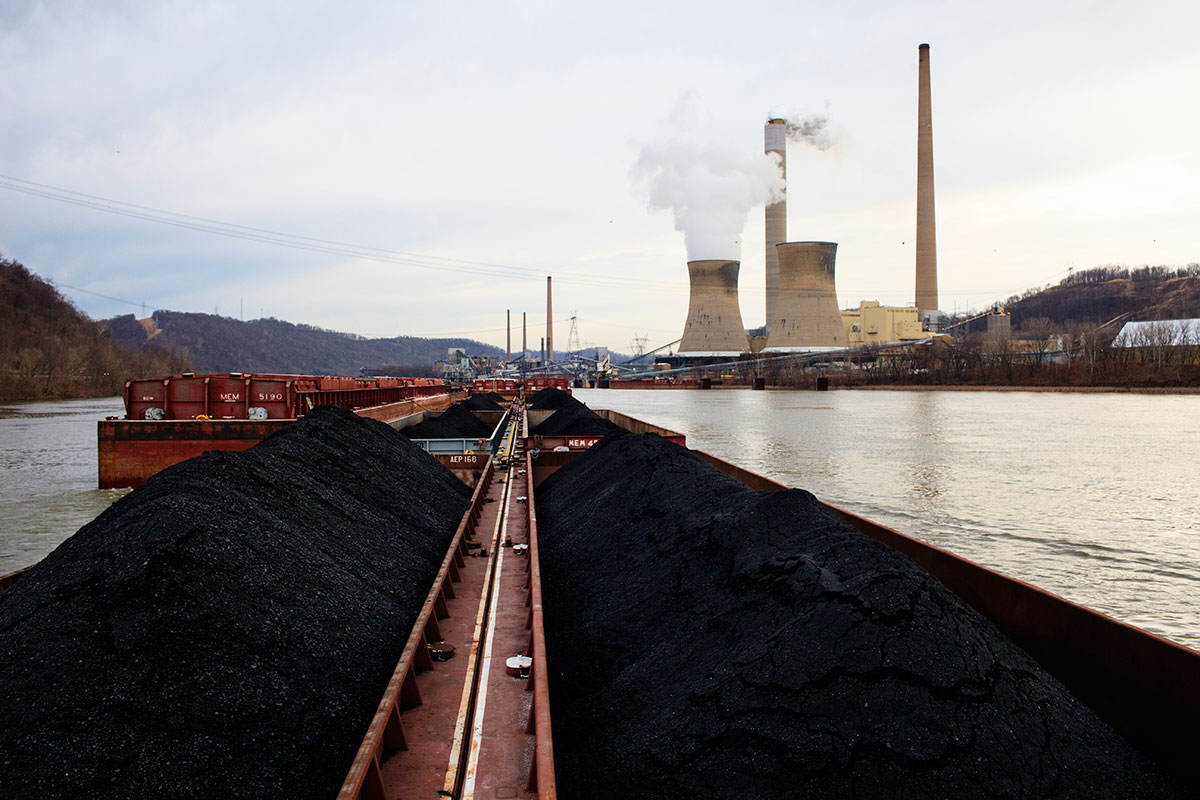 The task of coal transportation is grueling. Two crews of four and a chef operate the 6,000 horsepower AEP Mariner – the largest of the AEP fleet. The crews are comprised of a captain or pilot, chief engineer or oiler, a second mate, and a deckhand, who alternate six-hour shifts four times a day for 21 days before being relieved by a crew change.

Joe Brawn, an oiler onboard the Mariner, views his alternating life on and off the boat as a “six month paid vacation.” The job allows as much time off the boat as on, but there are some downsides to working half the year.

“Sometimes you’re just going to miss stuff at home,” he said. “When you’re out here you can’t just take off work early… you miss stuff. Holidays, birthdays – stuff like that.”